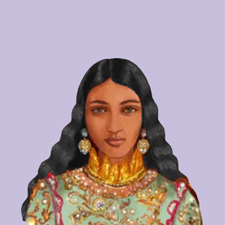 A DAO, in its purist form, is a collective group of tokenholders who use tokens to interact with a smart contract that controls a protocol and/or treasury.

The most common way for tokenholders to interact with smart contracts governed by the DAO is by voting on on-chain proposals.

From an operational standpoint, DAOs require human input to prepare and advance executable proposals that can be voted on and executed in a trustless way. Proposals are not prepared in a vacuum — instead, DAOs rely on people to coordinate, submit, and action proposals.

DAOs need social environments. A DAO lacking strong social rules will likely fall victim to extractive and self-interested parties who have no interest in advancing the mission of the DAO.

A single social environment within a DAO might consist of a governance forum, Snapshot space, Discord, Twitter, as well as governance processes and documentation. It is now common to think of a DAO as the collective group of tokenholders combined with a social environment where DAO participants most frequently interact.

A DAO with a strong set of social rules will more effectively align the behavior of participants with the desired outcomes of the DAO.

DAO smart contracts have rules baked into the contract itself placing restrictions on how an address may interact with the contract. Restrictions are designed to ward off protocol and/or treasury attacks as well as limit the number of spam proposals submitted. Typical smart contract restrictions include minimum token balance requirements before on-chain proposals can be submitted as well as threshold and quorum requirements before a successful vote can be executed on-chain.

The most obvious examples of formalized social rules are:

One of the first things every DAO should do is vote on social governance rules related to proposal flow. This is often difficult to do immediately following the formation of a DAO; before social rules are established or agreed upon, there are no formalized social rules to follow that allow a social proposal to be passed off-chain. The best practice here is to rely on a 50% pass rate of participating votes with a quorum requirement that mirrors the quorum requirement for an on-chain proposal.

Once a social proposal flow is established, other social rules can be implemented in quick succession. Ideally, these should be drafted and advanced to a vote immediately following the release of a governance token. Rules fill power vacuums in DAOs. If a DAO waits too long before establishing effective social rules, someone will seek to fill that space.

What makes social rules interesting is that they aren’t real. Social rules are normalized over time and/or codified through a vote. They are not, however, binding on behavior. If, for instance, a tokenholder does not follow the agreed-upon proposal flow, it does not mean that they won’t be able to advance an on-chain proposal to a vote and potentially get that proposal passed. If a smart contract truly is autonomous in the way it executes on-chain votes, all social rules can be bypassed if on-chain conditions are satisfied.

This is not true where social rules are used to vote on off-chain proposals. If social rules related to proposal flow are not followed for an off-chain social proposal, those proposals may be viewed as illegitimate by DAO participants.

A well-drafted set of rules should cover what happens in the event that rules are not followed. Where there are no formalized rules, DAO participants will have to decide how to handle rule breaches. Those decisions may be formalized later through a vote or may be accepted as the normalized practice by DAO participants in the future.

I was very fortunate to have been involved in the formation of the ENS DAO with the launch of the $ENS token in November 2021. The mission of the ENS DAO is set out in the DAO’s constitution. The constitution itself was ratified by a social vote of tokenholders at the time of the airdrop claim. Some 137k addresses were eligible to claim an airdrop during the airdrop window from 8 November 2021 to 4 May 2022. Before a person was able to claim an airdrop, they were asked to agree or disagree with each article of the constitution. The constitution passed with 97% approval of those who voted — a total of 15m votes.

The decision to ratify the constitution at the time of the airdrop claim was a deliberate one. We knew that this would be the only time we could get all tokenholders voting on a proposal. By having such a high level of approval, it legitimized the constitution as the governing document of the DAO.

While the constitution itself is extremely important for the ENS DAO, it is not a legal document, but rather a social document that sets out the purpose and mission of the DAO and guides DAO tokenholders and participants. All DAOs should have a constitution or a clear mission or purpose statement approved by tokeholders.

Six weeks after the launch of the ENS DAO, I drafted and advanced a proposal setting out the social rules related to the creation, management, and dissolution of working groups attached to the DAO. The working group rules cover everything from the election and appointment of working group stewards, the length of terms, processes for working groups to follow when requesting money from the DAO, as well as the removal and compensation of stewards.

Formalizing a social rule with a social proposal provides participants with clarity over the current processes of the DAO within that social environment.

Even if the working group-type structures organically arose following the formation of the DAO, it would have been important to formalize those rules through a social vote. With DAO social environments, there are always people coming and going, so it is important that there is a record of the rules. It also allows new participants to make sense of the fact that stewards are able to request and manage substantial sums from the DAO. Formalized social rules allow participants to build context around the processes of the DAO, without gatekeeping.

It’s always important to iterate and experiment with different social rules. Even small changes could have an outsized impact on how social groups function. Something as simple as changing the name of working groups from “working groups” to “councils” could impact how participants interact with the social structures themselves. Instead of being inward looking and trying to get work done within the groups themselves, participants might look outwards in thinking about how they fund initiatives in accordance with the DAO’s constitution.

There are many social layers in DAOs and they all serve to guide social behavior. These layers exist in a single social environment. The ENS DAO has a single forum which is the centre point for all communications in the DAO: it is where discussions about proposals occur and where feedback is provided about working group progress. The DAO’s constitution, the working group rules, the proposal flow, the forum, the working groups themselves, and the DAO’s twitter account all function within a single social environment. Where a person does something in one part of that environment, it will likely follow them across other parts of the same environment.

For instance, where a person is banned from a forum for contravening a forum’s code of conduct, they are not banned from the DAO. Instead, they are banned from one part of the social environment which exists alongside the DAO. In the case of ENS, a forum ban may preclude a person from participating within working groups if working group stewards or other participants refuse to work with the person because of their behavior in the forum. This is despite the fact that the forum’s code of conduct is not attached to working group participation in any way.

Equally, where a person or known identity votes on a social proposal where there is a perceived conflict of interest, it may cause social problems for that person or otherwise make participants question the legitimacy of a vote or ignore the outcome of the vote altogether. This can be slightly complicated by the fact that many DAO’s have delegate systems, where, when a person has votes they are often using votes delegated to them by others for the sake of voting. As that person is voting on behalf of others, it could be argued that those people who delegated votes trust the judgement of that person and would vote in the same way. However, it does not change the appearances of impropriety and there may be social consequences for that person.

DAO structures are very socially complicated and notoriously difficult to navigate. Within the ENS DAO, there are rules that are voted on, rules that are normalized, informal social rules, and rules that are simply understood. All of these rules exist within a single social environment.

While DAOs themselves are decentralized through the distribution of a token, the social environments attached to DAOs are far more centralized in the way participants have to follow and understand normative and formalized social rules.

As an example of how this might play out, where a tokenholder does not agree to the single set of social rules adopted by the DAO, that individual could choose to leave that social environment and create a new social environment attached to the DAO.

In this new environment there could be (much) lower quorum requirements for the passage of social proposals and social rules. In theory, that person could create whatever rules they like. If the environment they create is more functionally attractive to tokenholders, other tokenholders and participants may join the alternative environment and agree to be bound by those rules.

Part of the reason participation in most DAO environments is so low is because people feel disenfranchised, undervalued, and unable to compete with incumbent DAO participants. There is no reason why those people can’t create new environments governed by new sets of rules.

However, no matter the number of social environments attached to a single DAO, each social structure within each environment, should adopt strong sets of formalized social rules to effectively align the behavior of participants with the desired outcomes of the DAO.